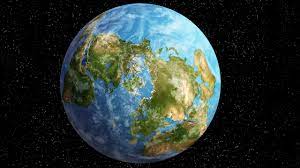 What is at the center of the Earth

Our planet is essentially composed of three layers: the core (consisting of inner and outer zones), the mantle and the crust. The spherical inner core of our globe, roughly the size of the Moon, is primarily made up of iron, seething at the extremely high temperature of approximately 5,200C, which is well above the metal’s boiling point. It retains its solid shape because of the extreme pressure it is subjected to from the outer layers, which serves to contain it and outer core, composed of churning molten iron and nickel, is also extremely hot, existing at temperatures anywhere between 4,500C and 5,500C. The edge of the outer core lies about 1,800 miles below the surface of the Earth.